Home |
News & Articles |
In The Fire |
Is Agave Nectar Really Better Than Sugar?

Professional chefs, bakers and home cooks alike have been pleased to discover agave nectar, a sweet and pleasantly mild syrup made from the root of the agave plant (which, when fermented, becomes tequila). Marketed as an all-natural sugar substitute, at 32 dollars a gallon agave is turning an extremely good profit globally. But is agave better and healthier than sugar?

Agaves, a close relative of the aloe plant, are native to the southwest of the United States, Central America, as well as central and tropical South America. It is produced mainly in the Guadalajara region in Mexico, where it has been used by native Mexicans for centuries.

Commercial production of agave nectar began in the 1990's, and since then bottles of this exotic golden syrup have been crowding the shelves of health food stores across the United States and Europe. Agave nectar can be found on the labels of many products from soda and ice cream to ketchup and granola. Now entering the mainstream culinary market, restaurants, cafes, bakeries and bars are serving agave in cocktails, smoothies, sauces, dressings and baked goods.

Despite many claims that say agave is a healthier sweetener, there are both pros and cons.

While our bodies depend on the glucose in complex carbohydrates for energy, fructose is a sugar that, if not used right away, gets stored as fat. HFCS has become the black sheep in the sugar industry because some believe that fructose is a leading cause of obesity in the United States.

There are a few small companies that are striving to make an agave syrup that retains as much nutrition as possible. Instead of heating the agave at high temperatures to extract and intensify the sweetness of the liquid, they use lower temperatures and rely mainly on enzymes to split the complex natural sugars. This second process creates the only true raw agave.

Is Agave Better Than Sugar?

At the end of the day agave is still a sweetener, which means it is not a health food. The real reason that agave is better than sugar is because you can use less of it due to the fact that it's sweeter. However, keep in mind that not all agave is created equal. Here are some tips to ensure that you are using agave in the healthiest form possible:

Since agave can be up to three times as sweet as table sugar, you can use less in your cooking and dessert recipes. When baking with agave, for each cup of white sugar, you can use 2/3 cup of agave and reduce the other liquids by 1/4 cup. Because it mixes easily and has a mild and versatile flavor, it goes especially well with soft and hard drinks like tea, lemonade, sports drinks, smoothies, mint juleps and mojitos. Look for agave syrups in a range of flavors like maple, vanilla, blueberry, cappuccino and hazelnut.

Agave makes the perfect sweetener for drinks because it dissolves easily. This refreshing recipe relies on slightly less agave and more fruit sweetener (strawberries). You can adjust the amount of agave depending on your preferences, but remember: Agave is healthiest in moderation. 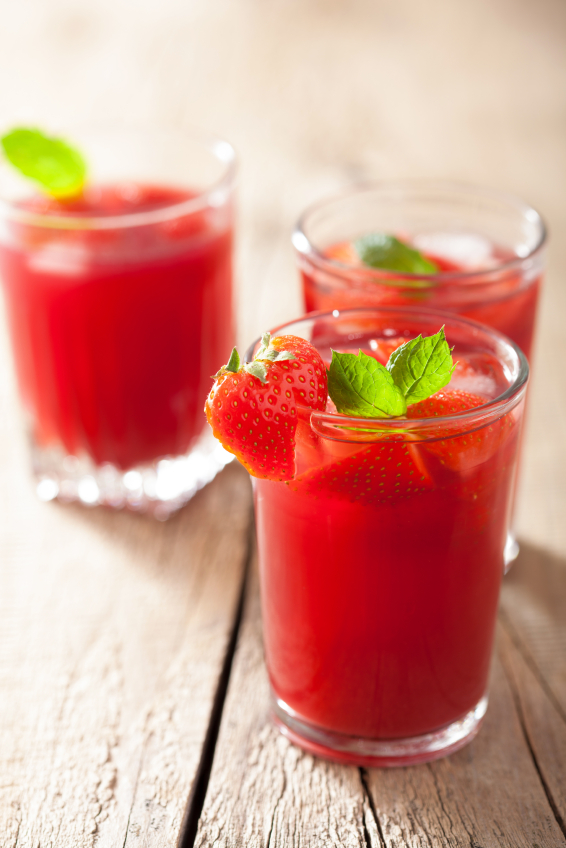